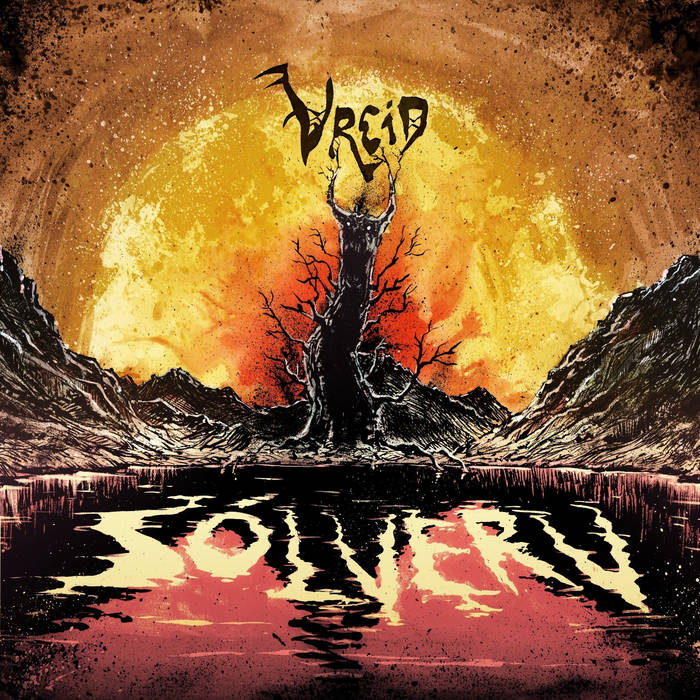 Following the tragic death of Valfar in January 2004, Vreid arose from the ashes of Windir. At the time Vreid, which means wrath in Norwegian, consisted Windir members Hvall (bass), Steingrim (drums), Sture (vocals/guitar) and new guitarist and longtime friend, Ese, , who was replaced by former Windir guitarist Strom in 2010, making the connection with Windir even stronger than before.

“Solverv” is an epic milestone for the brigade. The album sounds fresh and vital, yet has a clear historical signature sound to it.
“Solverv” is not just another album states songwriter “Hvall” – “this is the definition of our lives and heritage. We share a bond since our childhood days, and the fire burns stronger than ever. We strive for the timeless, and through our music we lose track of time."

Formed in 2004 after the demise of ”Sognametal” legends Windir.
Vreid have released 5 albums & 1 DVD. Their latest album ”V” received fantastic acclaim - 6/6 in Scream Magazine, 5/6 in Norwegian national newspapers VG & Dagbladet, and 9/10 in US main metal mag Decibel to name a few. ”V” was also nominated to the Norwegian Grammy (Spellemann) for best Norwegian metal album in 2011. ... more

Bandcamp Daily  your guide to the world of Bandcamp

outré black metal, with a Victory Over the Sun interview and music from Liturgy and Jute Gyte.